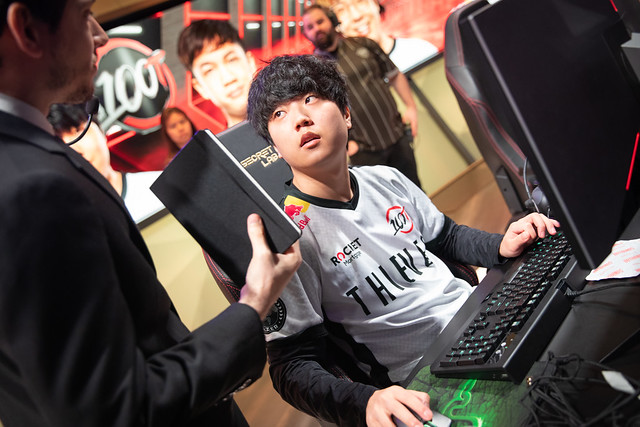 100T Pr0lly: I had a huge emotional attachment to Ssumday. He’s still a top 2 top laner in NA, and not putting him on the main roster was a lot of internal arguments with myself, like, how dumb am I?

Izento 2019-08-02 02:09:39
100 Thieves went 1-1 during Week 8, losing to Golden Guardians, but having a convincing win against TSM. 100T were even able to pull out a new pick in the Renekton for top laner FakeGod. 100T haven't had the best season, with many problems arising through their many roster iterations and struggling to make what many thought would be a powerhouse of a lineup work out for them this season. Esports Heaven spoke with 100T head coach Pr0lly about this season's roster swaps, reliance on Ryu, Ssumday sitting in Academy, and his general thoughts about the rest of the top LCS teams heading into the rest of the season. ___________ Izento has been a writer for the LoL scene since Season 7, and has been playing the game since Season 1. Follow him on Twitter at @ggIzento for more League content. Image courtesy of LoLesports. For more LoL content, check out our LoL section