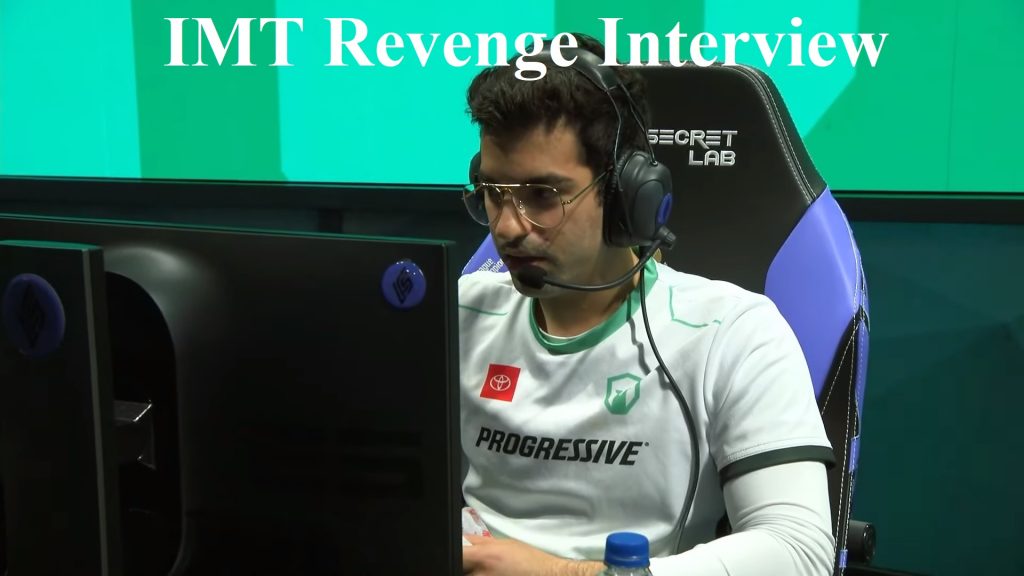 IMT Revenge: “I was standing outside the LCS studio and Licorice said to me ‘sometimes you learn a lot more from losing’. I think we were both on a loss streak at the time, hahaha”

Izento 2022-06-25 02:24:19
After a 1-2 superweek during Week 1, Immortals Progressive have come out the gate looking put together, even though they did get perfected by Team Liquid in one of their losses. IMT are looking to build upon new players as they have their new jungler Shane Kenneth "Kenvi" Espinoza, a new ADC in Lawrence "Lost" Sze Yuy Hui, and support player Lee "IgNar" Dong-geun. With the meta shifting toward the bot lane, we spoke with the opposite side in Revenge to get his take on their game against flyQuest, his new jungler Kenvi, what he's learned from last split, and his existing relationship with IgNar.   Izento has been a writer for the LoL scene since Season 7, and has been playing the game since Season 1. Follow him on Twitter at @ggIzento for more League content. For more LoL content, check out our LoL section