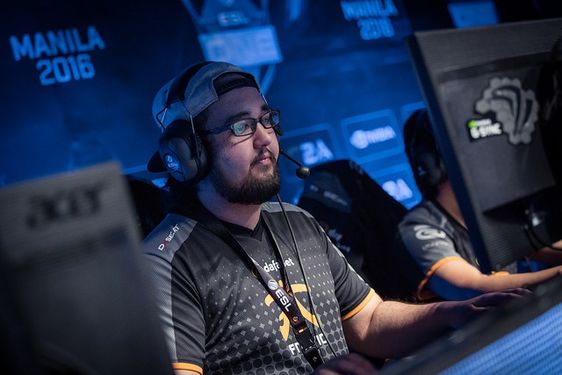 343: “I think the culture in China regarding Dota 2 is very different. It’s more like a football club and a profession”

KarY 2019-05-22 11:03:57
Adam "343" Shah is one of the staple names in SEA who first rose to prominence with Fnatic during TI6. Since then, 343 has been seen playing under different banners and is currently playing for Complexity Gaming. In collaboration with AFK Gaming, Esports Heaven is proud to bring you coverage from ESL One Mumbai. Disclaimer: This interview was conducted during ESL One Mumbai 2019. Is this your first time in India? Yeah, it is my first time in India. We haven’t really left the hotel except for the travel from the airport to the hotel. But the food has been really nice and the fans in India are great too. You’re one of the highest placed TI players from SEA and have played in different regions as well such as NA, China and SEA for a long time. Can you tell us the difference between the regions and how much you had to adapt? I think the culture in China regarding Dota 2 is very different. It’s more like a football club and a profession. A lot of organisations there pick up younger kids/talents and try to nurture them. I think in SEA there is not enough support for players but there are really a lot of skilled players. I think NA pubs are bad but there are people who really try hard and there are some who play only certain heroes. Europe is probably the highest skilled region but there can be players who are toxic as well. You have played for smaller orgs in the past such as Fire Dragoon, RNG and now you’re playing for complexity – one of the finest orgs in the world. Can you shed a bit a light on how coL is as an organisation? Complexity is the most professional organisation I’ve ever been on. They support me completely. For example, before getting to USA I had this Visa process and it took five months and coL was with me all along, hired lawyers and constantly helped me when needed. They are an org that constantly want good for the players coL will be playing at the MDL Major in less than a month. How do rate yourself going into the NA qualifiers and of course once you qualified for the event as well. We felt really good going into these qualifiers as we had good scrims going in. We actually lost to EG in the qualifier and we knew EG were the best team in region by far. We played against Forward Gaming and as they were newly formed, that had us set going to MDL. We have a lot of potential but aren’t able to show it at all. We will work on that on our boot camp way back to Paris. You’ve been playing over the years for a long time now. If you could go back to Fnatic 343 that placed 4th at TI, what advice would you give him right now? My first experience playing pro Dota with Fnatic was too good. Everyone was just good at what they did. After that wherever I played, it didn’t feel good enough in terms of communication or putting in effort to learn. Even while teaching someone it was like they took a lot of time to learn or didn’t learn at all. That’s just how it is and I had to be more patient Coming to my last question. If you could make a team out of Malaysian Dota – who’d you pick and why? I’ll play with Nana, Xnova, Mushi, Midone or Ohaiyo and myself although I’m not sure how the line up would work.