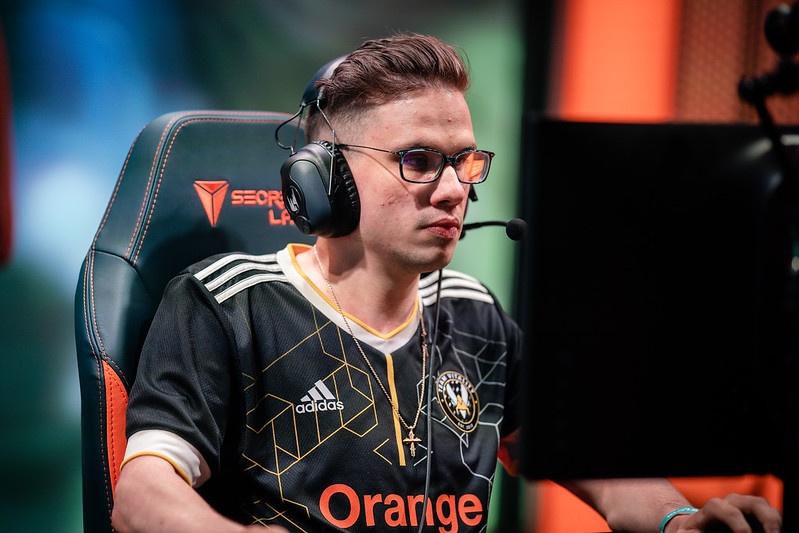 Crownshot on Vitality’s problems, the value of veteran players, and LEC at Worlds

Oddball 2021-09-28 02:24:03
Esports Heaven got the chance to sit down with the bot laner of Vitality, Crownshot, on LEC's chances at Worlds, identifying weaknesses in his team's play, and the value of veterans. So obviously this year was pretty weird for Vitality. You guys didn’t have the strongest performance in Spring, but for Summer the roster was actually fairly hyped. Obviously there was considerations of if you guys could make a cohesive team in a single split, but what were your expectations going into Summer? When I heard of the roster that I'm going to be playing with, I was excited. I think everyone had very high expectations for us, and early scrims before the Split started (because we we practiced a bit earlier) were going very, very well for us. So I had us written as a top team, to be honest. The fact that you guys took Fnatic to game five-the team the made the finals-do you think Vitality could’ve made more noise in playoffs? I mean, I think all the teams were actually pretty close between each other. Like, I actually can't say how our series against Misfits or Rogue would have went if we had played. I really feel like every team was capable of beating each other. And it was kind of like that during the Split in scrims too. So I feel like it would be pretty even. I think a lot of things were very close between each other. What was the morale of the team going into the set against Fnatic. Do you think a lot of your issues were fixed? I mean, we knew we had some issues, and we kind of tried fixing them, but it didn't really work. So we kind of tried to just play through them and scrims were doing all right. So we knew it was probably gonna be a close set. And that's what it ended up being. 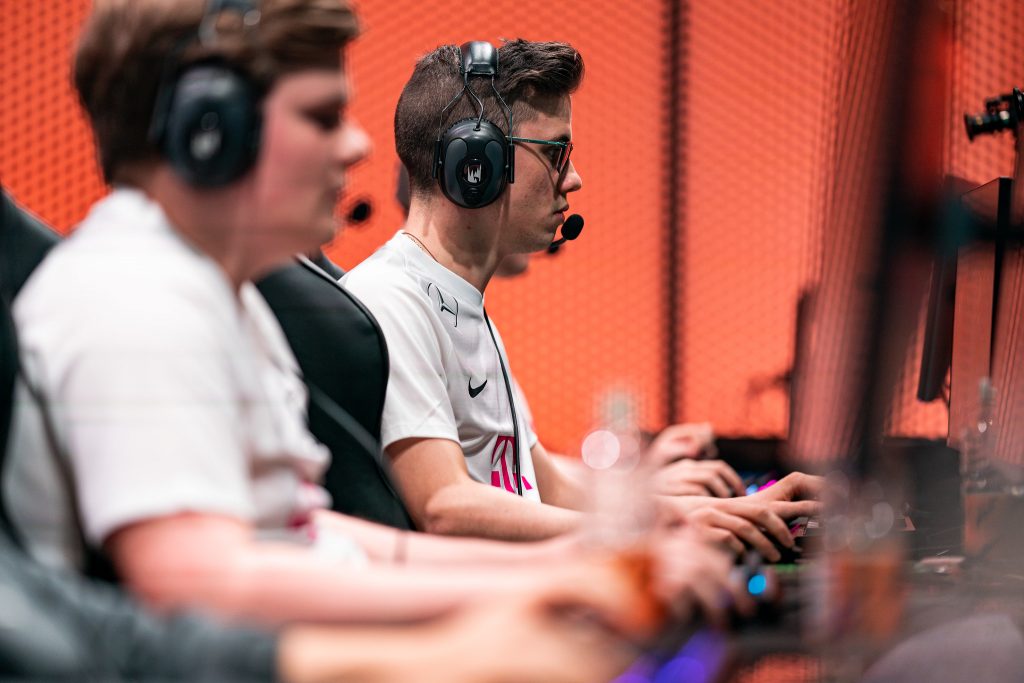 What in what in your mind were the main issues that you guys suffered from during the regular split? I mean maybe we were a bit too one dimensional, and kind of winning the same way. And if it went badly, we kind of just lost pretty fast, and we lost that way in playoffs to. But we managed to rally the last week to even make playoffs. But other than that, I would say it's the one dimensional thing and maybe being too careless a lot of times and taking fights that we shouldn't. But yeah, it's hard to fix this. Because sometimes it's just the players you have or the team style you have. And it's hard to fix this from like week to week, you had to kind of have to just go with it. And I mean, we made it work to certain extent, I think in the Fnatic series, we kind of played one-dimensional again. We kind of trades sides every game for top lane, and left bot lane a bit too dry. But that's why I wasn't really happy with my own performance, either. Because I felt like I didn't really have much impact in that series.  You're a very vocal play in-game, and played with several players like this. What was the communications situation like for the team? I don't think it was that hard to adjust to. I just realized that some games if I'm ahead, I will be the one saying what we should do. And if Oskar is ahead, then he will be the one saying what he needs. And I think we adapted to it pretty decently. And I think it's always harder at the start, because you have to kind of figure out how you want to play with your team and who gets most the resources and all of this. But I think it was fine. 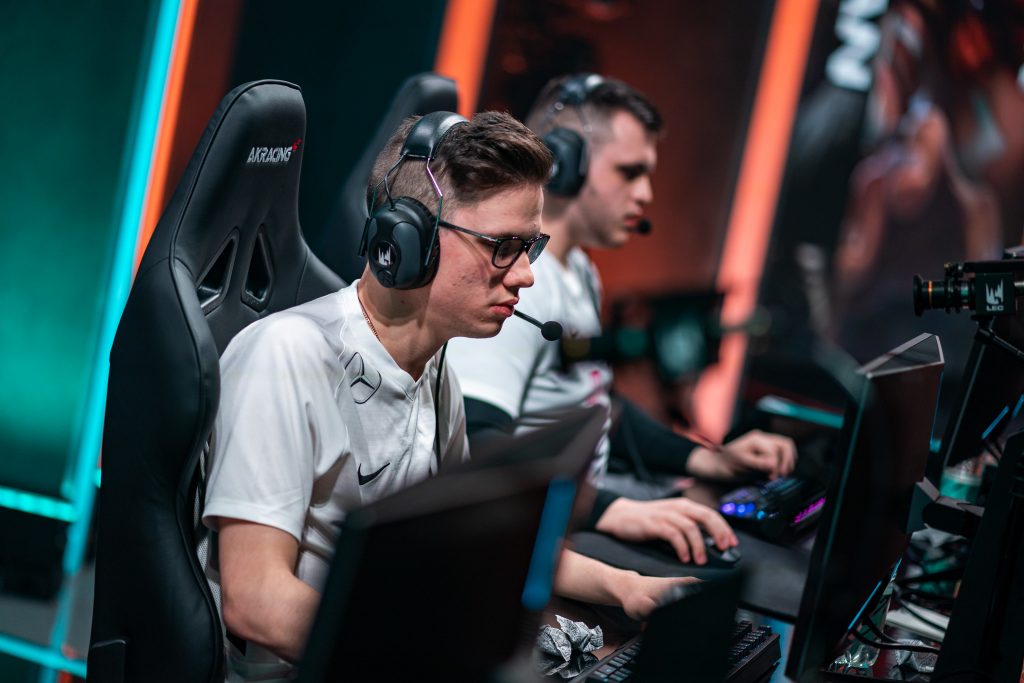 Looking throughout the entire season, what were your thoughts on your individual performance? I mean, I think I had one of my better splits stats-wise and just by feeling how I played. I feel like I didn't really have many bad games. And I feel like I was playing good most of this. So personally, I'm happy with regular split, obviously very unhappy with playoffs. But it is what it is. But overall for the Split, I think it was fine for sure. We’ve seen this discussed on Korea a lot, where it seems people toss veteran players away because there is a lack of value in smart players. Everyone just wants the newest mechanically gifted prodigy. Do you think this is a problem with management that there isn’t a focus on experienced veterans in Europe? I think there was a period where there was a lot of rookies being picked up randomly in EU, but it was probably just to cut costs of teams. I think veterans are fine to play if they're good players, and if they're hungry, because some don't take it seriously anymore. But yeah, I think you can have good rookies, and you can have good veterans. So it's kind of hard to make a general answer. But I think there was a period where rookies were getting a bit over-picked up. And I think it was mainly because it was lower costs for teams, that was pretty much the only reason they were doing that. So yeah, that's what I would say. It seems people toss veteran players away because they feel like they hit a ceiling. When I've talked with some veterans, they think that older players can improve and have way higher skill ceilings than anyone realizes. What is your perspective on this? Yeah, I mean, I think you can always improve as a player no matter what. I think it's very rare that you fully stagnate, and then have no way of improving. I think you can always get better. It's just about how hungry you are and how you fit the team. But I really, really do feel like you can always get better. Certain players just improve more in certain environments with certain types of teammates they have. And some others need another type of teammate to really thrive. But I think it's always possible to improve if the player is hungry enough and smart enough. Do you agree that that's something that managements might sometimes overlook? Yeah, I think some do. Yeah, for sure. But, it's always like people just want to pick up the next star player, I guess. But I think star players can be molded to over time. Looking at the teams Europe is sending this year—what are your thoughts? Everyone has LPL in an echelon above, but what are your thoughts about LEC vs LCK? I think probably LCK will win. I think Europe is sending some good teams, but maybe they have some weak links. So I still think LCK overall are stronger. I would say LCK and LPL are still the favorite to win the whole thing. But maybe I could see like maybe one or two EU teams making it out of groups. How do you feel about MAD being the first seed as opposed to the standard G2 we've always had? I think MAD do a lot of things well. They teamfight very well. They know how to open on the map. They play macro well in mid game, they take good fights, they have good target selection, good flanks, good vision control—they always know how to play lane assignments. They have a very good draft I think in their final as well. They understood the meta very well. So I think they're a pretty decent team to send us first seed, I would say they prove they were first.  Related: MAD Kaiser on playing around Armut, LCK vs LEC, and his team's chances at Worlds What are your plans for the rest of the season going into next year? I'll just relax a bit now and then see what what we'll do. Maybe I'll go to Korea, depending how stuff works out here. And I'll try to stream as well and interact with my fans. And then that's pretty much it. And I just wait for next year and try to do the best I can and try to improve because I still feel like I can do better than I'm doing—results wise for sure. Reflecting on the year—if there's one thing you could change looking back at everything, what would it be?  Maybe it's easier to answer for Summer—I'd just try to fix our problems earlier, to not become too one dimensional and try to win more games in regular season to get a better seed. That's what I would do. Try to like make us more conscious of our issues. If you enjoyed this piece, follow the author on Twitter at @OddballCreator. Images courtesy of LolEsports.