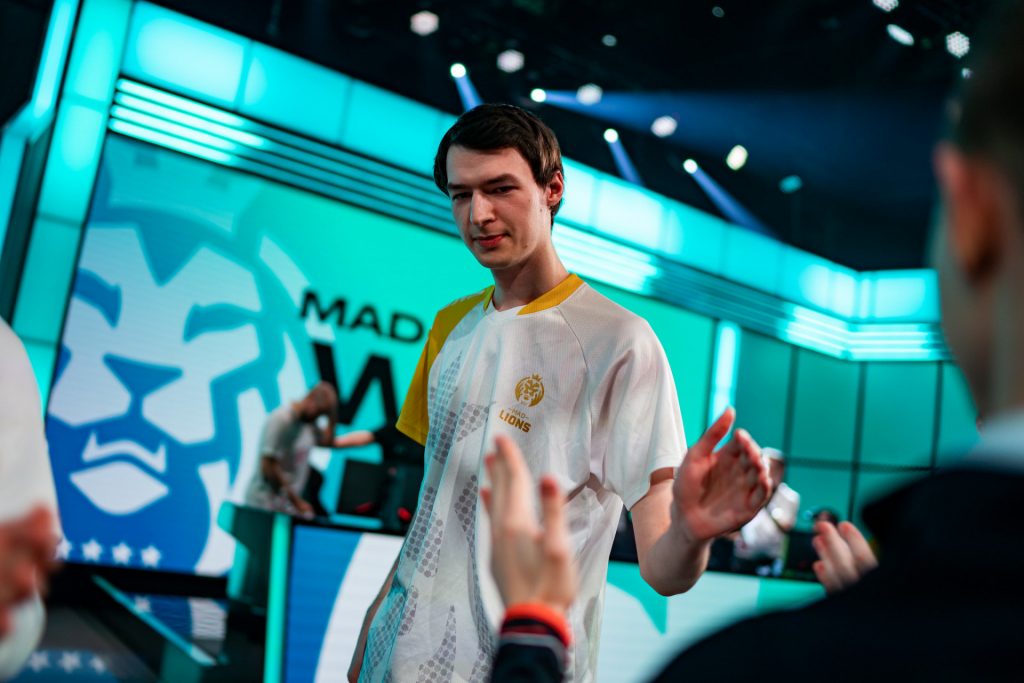 MAD Kaiser on playing around Armut, LCK vs LEC, and his team’s chances at Worlds

Oddball 2021-10-03 07:13:28
Esports Heaven had the opportunity to sit down with Kaiser and discuss the differences between LEC vs. LCK, as well as how his team might perform come Worlds. What was the vibe of the team going in the finals. I heard you were all very confident going against Rogue, but what were your thoughts on Fnatic? So the scrims leading up to the finals were pretty bad for us. We scrimmed both Rogue and Fnatic, and we felt like Fnatic actually was a stronger team. At least to me, it felt like this. So I was actually a bit worried because they 3-0'd Rogue. I felt like maybe Fnatic could surprise us, or maybe they just got that much stronger over the last couple of weeks. But I think we also knew that on stage, it's different for us. Because we're always used to losing scrims before important matches. So we weren't really worried about that too much. Coming into the finals we were still confident, because we knew that we were the better team. And that even though Fnatic improved a lot, were were just more consistent and we were just better as a team. And especially after the first game, I think we knew the series was ours. What were your thoughts in general of the European teams going to Worlds. Is this the lineup of teams you expected, and how well equipped do you think the other two teams are going in? Before I wouldn't have expected Fnatic to go over G2, because I thought G2 would fix their problems before important matches. And I guess they couldn't really. And of course Fnatic also did what I would have expected G2 to do. They fixed their problems and they came up a lot stronger over the playoffs run. So I think Fnatic actually is looking to be really good contestant. Even compared to Chinese or LCK teams. I think their playstyle really suits beating those kinds of teams, because I think they can really surprise some teams I would say. I think they have to be careful, because I think we exploited them really well, and that we focused their topside lane, which they usually don't play around. So I think they have to branch out in their playstyle to beat those top teams, because I feel like those top teams have a lot of good preparation. And I think they will see from the finals what they have to do to beat Fnatic. So unless they can branch out with their playstyle, I don't think they will go far. But I think if they can, then they will be a really strong team.  As for Rogue, I think it really depends. Because they are kind of chokers, I would say. And I don't think that's gonna be fixed coming into Worlds either. I think they always had this kind of problem. So unless they can like really have a talk with each other and figure out what's wrong in a way, I don't think they will perform that well. I mean, we will see in Play-Ins as well, because I think the Play-Ins are really good for them. Because they get to be more comfortable playing on the Worlds stage. So I guess it depends on their performance at Play-Ins. I think if they can get a level of confidence—if they can get out of groups without a loss or something, then I can see them going far as well. Because I think on paper, they're a really strong team. It just depends on how comfortable they are on stage and how well they will play. Related: Crownshot on Vitality's problems, the value of veteran players, and LEC at Worlds What did you see as the big issues with G2. Do you think they can comeback? That's really hard to say. Because I felt like some people were just underperforming. I think they also didn't have the greatest playstyle. I'm not sure how to say it. I feel like, for example, in the in the middle of the season, I think they had a pretty good playstyle of playing around Caps. They roam to mid lane with Mikyx a lot, Jankos helped the lanes out so they wouldn't fall too far behind, but I think something happened. I'm not sure what happened, but I think they changed a bit again. And I feel like maybe teams figured out that they only had this one playstyle that they would play around mid lane. And then people just countered it by playing even harder on mid lane. 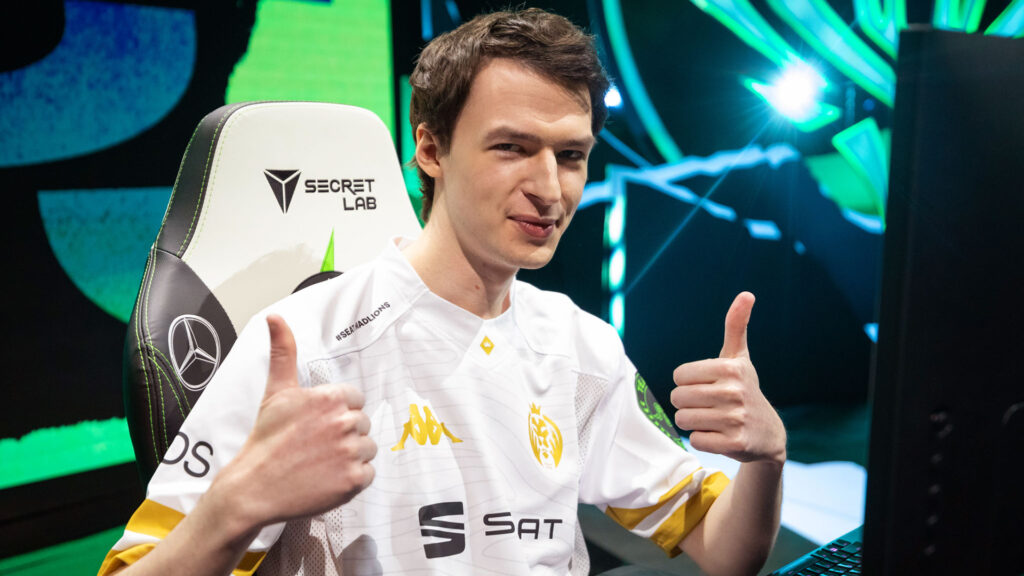 For example, Fnatic picked really strong champions for top lane, and then just roamed to mid lane. And Mikyx can't really match that because Wunder's stuck under tower. So they just have to give up the mid lane priority and stuff like this. And without midland priority, I think G2 looks a lot weaker of a team. So shutting down Caps was for sure the best approach for a lot of teams. And I feel like the two didn't really have an answer to that. Because Wunder was also not performing well in the playoffs, so they didn't really have a lane to play around. Because I think Rekkles likes to be more on weakside, and he likes to farm up. So they didn't really have a lane to play around, and they lacked a lot of direction. They could only defend but not really attack, I would say. I'm not sure. But that's the feeling they gave off to me. And they couldn't really fix those problems in time. In general, Fnatic and MAD both have a somewhat Chinese style—the fact the both of you play around the bottom a good amount. Given those are the top top teams this year, do you think we could see this being a bigger trend in the LEC? That really depends on meta, Because I feel like, for example, us—we can change our playstyle. For example, in the finals we didn't play around bot lane at all. We played around top lane mostly. So I think it's really important to just look at the meta, and see what champions are strong in each role. For example, let's say there's Ziggs or Ezreal in the meta on botlane. You can play them strong side. That's not the problem. But if you have a Camille or Renekton top lane, while it's okay to put them on weakside sometimes, I think those champions are mostly strongside champions. You want to play around them, and you want to get fed off your enemy top laner by killing them under tower or whatever.  Especially also with mid lane roams. We had the huge priority of Ryze and Twisted Fate— those roaming kind of champions that can roam into side lanes and put them ahead. You just have to look at the meta, and what champions are strong in each role. And then you kind of have to decide: do you play around bot lane or on top lane? Because I feel like even China, they have some really strong top laners. And I feel like if the meta ever shifts to carry top lanes, like it is right now, I think top lane can also be played as a strong side. So I think you shouldn't really look at it in a way like top teams have to play around bot lane or whatever. It's just like a meta dependent choice, I would say. There has been a lot debate recently regarding LCK vs LEC teams. A lot of people think LEC bot lanes might be better than LCK bot lanes—what are your thoughts?` So I think LCK bot lanes have not been looking that strong recently. I think the best bot lane might be the T1 bot lane with Keria and Gumayusi or Teddy? I think those two look kind of scary. In the past, I feel like EU and NA have always been scared of the Asian teams. Because their name is so big, right? But then at Worlds, and when I played them  at MSI, I felt like they were mortals like us. You can for sure beat them. And I think, especially at MSI, I feel like we were at such a high level that we were even better than them in certain ways. 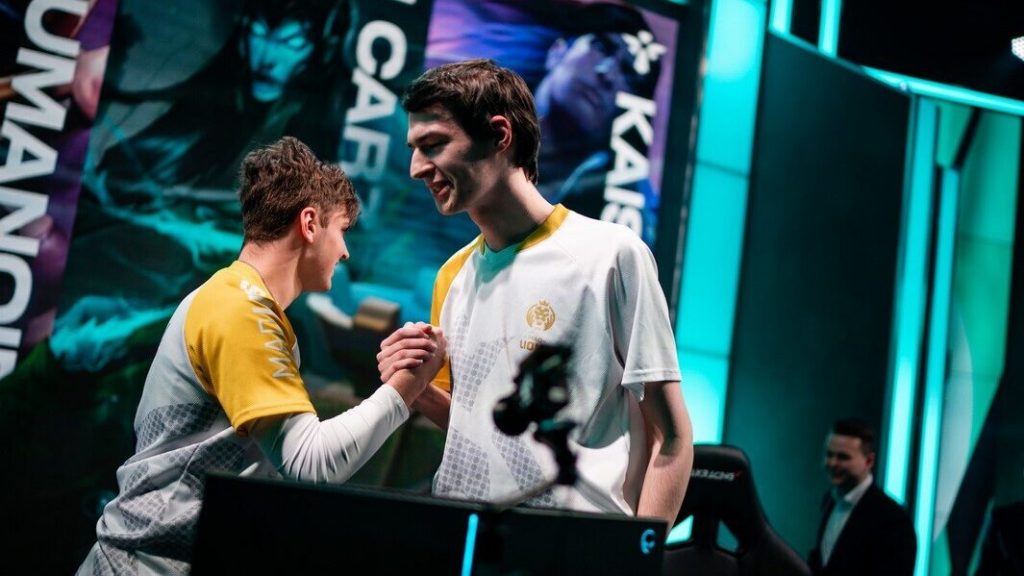