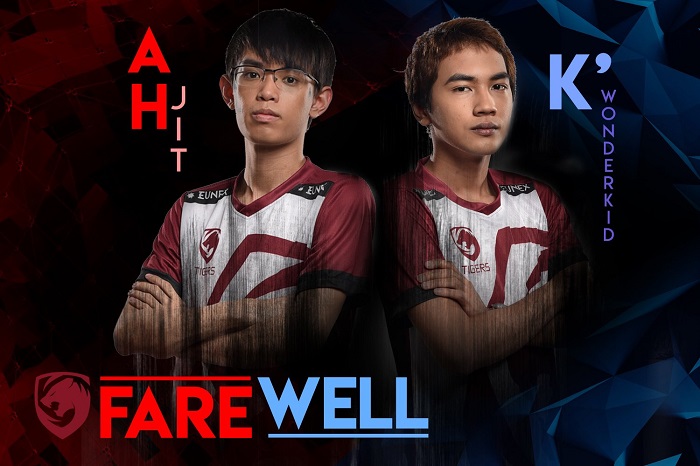 KarY 2019-01-24 08:54:01
Lai "AhJit" Jay Son joins Mineski following his removal from Tigers a couple days back. He'll be replacing Thiay "JT-" Jun Wen who was loaned out to NewBee a day earlier. AhJit is best known for his time at Fnatic. However, the up and coming player's tenure was short-lived as the team was unable to achieve any significant results.

Post Fnatic, AhJit joined Clutch Gamers where he played for a couple of months before eventually joining Tigers. Under Tigers, he went on to win DreamLeague Season 10; the first minor in 2018-19 DPC season. Following their win at DreamLeague Minor, Tigers went on to compete at The Kuala Lumpur Major 2018 wherein the team under performed and secured a 13-16th place finish. The poor performance at KL Major as well as The Bucharest Minor led to AhJit leaving on his own accord and being replaced by Mushi in Tigers. Nonetheless, he has found a new home in Mineski who have been struggling ever since being the only SEA team to win both; Minor and Major in 2017-18. How far do you think this roster will go? If you would like to know more about my work, you can follow me at KarY. You can head over to our Dota 2 hub for more content. Headline image courtesy: Tigers