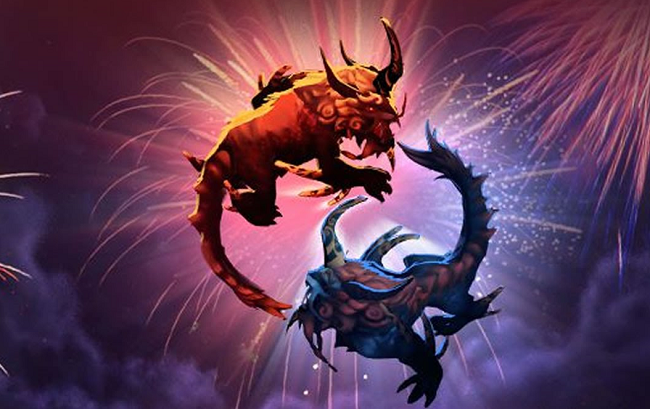 Every hero has its unique name, and also a nickname. Those who aren’t familiar with Perfect World Dota 2 might be curious as to what Chinese players call these heroes.  Check out the Chinese Dota hero names! If I add an abbreviation after a hero name, e.g. Anti mage (AM), that means we also generally use the English abbreviation (AM) to call this hero (Anti mage). Tips: You can use translation software below for fuller context for the Hanzi below. This is a continuation of "Chinese Dota 2 hero names their memes." Click here to read part 1! Gyrocopter, we call it "飞机(fei ji)", means the airplane, or precisely speaking, aircraft. When we play gyrocopter, we say that we are "打飞机(da fei ji)". 打飞机 means jerk off in Chinese , so that's little weird when you tell your Chinese teammates that you will play Gyrocoper by saying I will "打飞机".   Naga Siren, we call it "小娜迦 (xiao na jia)", means the little naga. This hero is also called "膀胱 局 (pang guang ju)", which means both two sides who win the game must have a better bladder, rather than a better skill. Just kidding, it’s a joke!. Naga games always represent just boring farming and farming.   Medusa, we call it "大娜迦 (da na jia)", means the big naga. We generally call Medusa "一姐 (yi jie)", means the #1 female carry. Supposing that you win a game when there is nothing in your high ground, except Medusa with rapier in her inventory. So fighting.   Troll Warlord, we call it "巨魔 (ju mo)", means the troll. The official translation is "巨魔战将 (ju mo zhan jiang)", meaning the troll general, and we play a joke on this by calling the Troll "巨镆蘸酱 (ju mo zhan jiang)", similar pronunciation, but "巨镆蘸酱" which means using a giant steamed bun to dip sauce.   Monkey King, we call it "大圣 (da sheng)", means the great sage. The PL and MK are all monkeys. If you make fun of MK, you can even call him "弼马温 (bi ma wen)", meaning the labor worker who is in charge of looking after the horses for other gods in heaven.   Faceless Void (FV), we call it "虚空 (xu kong)", means the void. Well, we have called him"基霸脸 (ji ba lian)" for a long time which means the dick face man, literally a slang in English. Rude eh? Although no longer in use in recent years, most players now just call him "虚空". Surely if you call him "基霸脸", most will know what you mean.   Phantom Assassin (PA), we call it "幻刺 (huan ci)", which is the short for phantom assassin. Not a lot to say here. Perhaps Phantom Assassin is so powerful because of the absence of certain attributes that reduce friction as she moves - A certain attribute that may be a bit exaggerated in the rest of the female cast...   Nyx Assassin, we call it "小强 (xiao qiang)". Unsure of how to fully express "小强”. It goes somewhere along the lines of “little strong”. In china, cockroaches are called "小强", whose vitality is very strong. You cannot kill it even if you squish it. And nyx's model is similar to a cockroach . Maybe that’s why.   Weaver, we call it "蚂蚁(ma yi)", means ant.   Terrorblade (TB), yup we just call him TB.   Crystal Maiden, we call it "冰女 (bing nv)", means icy lady. Most of Chinese players think that she is in a relationship with Sven.   Lina, we call it "莉娜 (li na)", or "火女" which means fire lady. CM's hot sister.   In DotA 1, CM and Lina are considered to be Kunkka's daughters.   Shadow Shaman, we call it "小 Y(xiao wai)", means little Y.   Tinker (TK) or tinker, only his english name is used. His chinese name "修补匠 (xiu bu jiang)" is seldom used.   Enchantress, we call it "小鹿 (xiao lu)", means little deer.   Jakiro, we call it "双头龙 (shuang tou long)", means dragon with two heads.   Silencer, we call it "沉默 (chen mo)", means silence. A meme goes that "沉默术士林俊杰", 林俊杰 (JJ Lin) is a famous singer and also like to play Dota 2, and the lyric "全都怪我, 不该沉默时沉默" in his song "可惜没如果 (but not if)" means "It's all my fault that I kept silent when my love need some care from me".   Ogre Magi, we call it "蓝胖 (lan pang)", means blue fatty. A meme goes,"智力界的耻辱", meaning Ogre is a disgrace to intellectual heroes having rough skin and high HP regeneration.   Rubick, we call it "拉比克 (la bi ke)", it's just the translation of his English name.   Disruptor, we call it "萨尔 (sa er)", a name from DotA 1.   Keeper of the light, we call it "光法 (guang fa)", means light wizard.   Techies, we call it "炸弹人 (zha dan ren)", means bomb man. The most unfriendly hero in a ranked match. When you pick this hero, it effectively means you will get 5 reports when you win, and 9 reports when you lose.   Dark Willow, we call it "小仙女 (xiao xian nv)", means little fairy. But her English name is so dark.   Lich, we call it "巫妖 (wu yao)", means lich.   Witch Doctor (WD), we call it "巫医 (wu yi)". Chinese mostly use "51" which is similar with 巫医。   Leshrac, we call it ”老鹿 (lao lu)”, means old deer.   Dark seer, we call it "黑贤 (hei xian) or 兔子 (tu zi)", the latter means rabbit.   Ancient Apparition, just call him AA or “冰魂” means the ice spirit.   Invoker, we call it "卡尔(ka er)", name from DotA 1. We call the basic of invoker skill combo "民工三连", which means even the farmer labor can make this three skill combo. I will provide the particular order of it, QQQ→ WWQ→EEW→QWE→ EEE, and normal attack among these combos which is basic for all invoker players. If you enjoyed this piece, surely you'll enjoy our other Dota 2 content! Visit our hub for more.