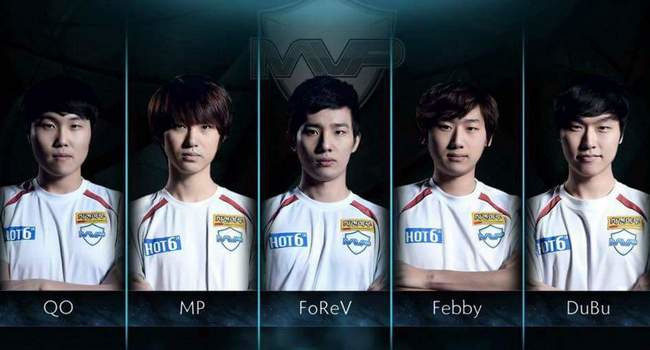 KarY 2019-06-13 12:10:08
Lee "Forev" Sang-don, Park "March" Tae-won and Kim "Febby" Yong-min have reportedly formed a stack for TI9 qualifiers. Joining the Korean trio will be Nico "Gunnar" Lopez and  Nuengnara "23savage" Teeramahanon, according to sources close to the players. Forev and March were earlier part of J.Storm while Febby last played for Mineski. Gunnar last played for Chaos EC and 23savage will join the team on loan from Mscerberus. The team will vie for a slot at TI9 from the Southeast Asian qualifiers. This roster also brings up the issue at Chaos EC who not long ago let go few of its players and shift base to Europe. Gunnar's departure will bring Chaos' tally of players down to three since William "hFn" Medeiros was let go nearly a week back. This stack has been built in order to compete in the qualifiers scheduled to begin shortly after The Epicenter Major. The longevity of the stack will be determined based on their performance in the TI9 qualifiers. The team name is yet to be determined at the time of posting this news. Stay tuned for more information! If you would like to know more about my work, you can follow me at KarY. You can head over to our Dota 2 hub for more content. Headline image courtesy:  PGL