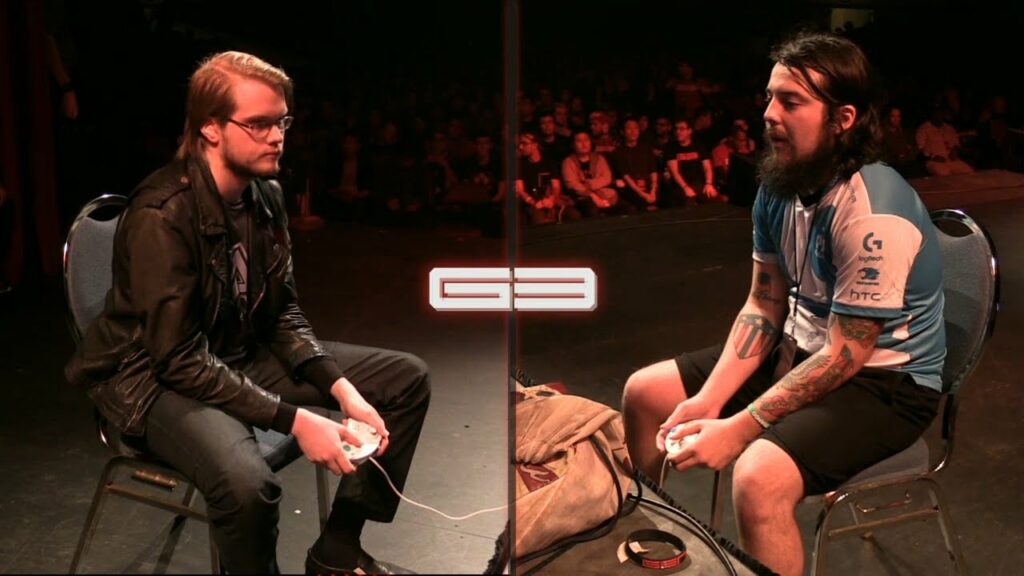 This is part of an article series revisiting the greatest Super Smash Brothers: Melee tournaments. After two decades of competition, the game has seen numerous memorable events. The most significant of those deserve a second look.

gen·​e·​sis - the origin or coming into being of something The name “genesis” is very fitting for the tournament series. Other than sounding badass, it brings up interesting ideas of origins. It provided the origins of some of the most important storylines in Melee’s history. The first two GENESIS series were epochal events, causing residual effects that still impact the scene to this day. GENESIS The original GENESIS affected the game in many ways, both technically, and culturally. Besides being at the time the largest tournament ever, the competition marked the entrance of one of the most significant players in history. A humble Peach main from across the Atlantic. Armada. 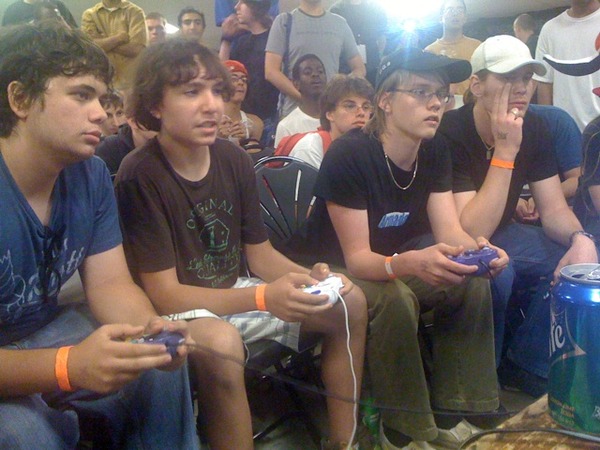 As many know, up to that there wasn’t much consideration for competition outside the United States, let alone those of Europe. The ones even close hailed from Japan, like Captain Jack and Bombsoldier. Although there were solid European players, none could compete with the might of the strongest Americans. Until Armada. This was also at a time when Peach was a non-factor at the highest level of play. Despite ranking highly on tiers lists, it was rare to ever see a Peach-main place top eight at a major tournament. Until Armada. That’s how special Armada’s first GENESIS run was. As the top European player, he was ready to make his American debut. It was a slaughter. Community members watched as a Swedish enigma tore through DaShizWiz, Mew2King, and Mango, finding himself in the Grand Finals. All original precedents were shattered. A European in the finals. A Peach main in the finals. A growing fable in the finals. The last great piece of history found in GENESIS was the introduction of Armada’s competition with Mango. A rivalry not just considered one of the greatest in Super Smash Bros., but all of esports. In a close match, Mango’s Jigglypuff edged out the European newcomer. Mango 1 Armada 0. GENESIS 2 GENESIS 2 was an equally monumental event. Both Mango and Armada’s legacies were  affected by the tournament. Let’s look at Mango first. Mango was a legend even before winning GENESIS, winning many of the most important competitions for years. Still, some dismissed his greatness, writing off his use of Jigglypuff as gimmicky. Although he used Falco in the previous tournament, it was Jigglypuff that won it for him. Additionally, it was a toss-up on whether or not Mango would even play seriously again, opting to spend most of 2010 sandbagging as ScorpionMaster94. Ironically, GENESIS 2 was his rebirth. 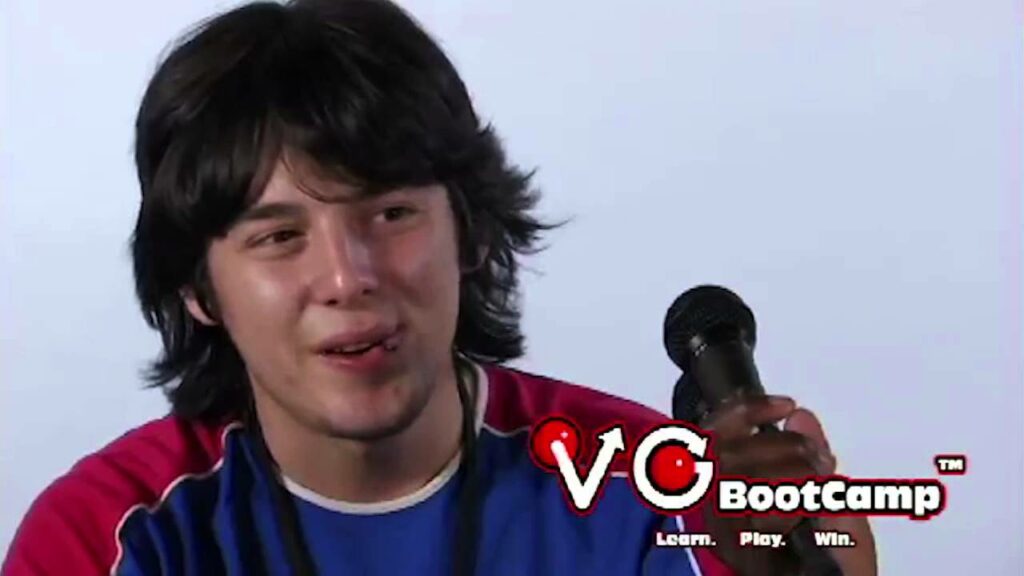 Coming into the tournament he chose to run a combo of Fox and Falco. All the naysayers dismissing Mango as a Jigglypuff abuser were silenced. He didn’t skip a beat. His skill with spacies was just as impressive as his floaty play, if not more so. He ran through most of the competition with ease. Although falling to Marth player Taj in the Winner Semifinals, Mango convincingly climbed his way back to the Grand Finals, sweeping Hungrybox and Taj in the process. Despite playing his first major tournament with the most technically demanding characters in the game, Mango found himself right back where he was before the previous year: sitting down next to Armada, ready to solidify himself as the best in the world. Armada had other plans. The Swedish Sniper was hungry to prove himself on the international stage. Although he maintained his crown in Europe, he wasn’t able to ascend to the top while playing in the United States. He was upset multiple times at Pound 4, fell to Hungrybox at Apex 2010, and was soundly defeated by PPMD at Pound V. Obviously making finals of the top competition in the world was nothing to be ashamed of, but someone with as much fight as Armada clearly wanted more.  Related: GOAT: Apex 2015 - A look back at the greatest tournament of all time At GENESIS 2 he showed just that, trouncing through the winners bracket, taking out the likes of S2J, PPMD, and Hungrybox. After proving his skill once again and slaying his former demons, Armada found himself again right where he was the year before: sitting down next to Mango, ready to solidify himself as the best in the world. This time it would go his way. In a close five game set, Armada finally defeated Mango, and won his first major American tournament.  It would not be the last.  The victory marked a major shift in the game, signaling Armada’s reign over the scene. For two years after, the Swede would achieve trophy upon trophy, winning every major competition he entered. GENESIS 2 truly started the legend of Armada. It also solidified the rivalry between Mango and Armada. Not only was the contest more exciting with Mango playing spacies, it also caused a shift in the discussion of their legacies. With the aforementioned string of tournament wins Armada experienced, he eventually caught up with Mango in the discussion of the greatest player of all time. And of course, he evened up the fabled GENESIS score. Mango 1 Armada 1. GENESIS 3 That brings us to the third. So much happened by the time the GENESIS series was revived. Melee entered an unprecedented renaissance of interest, players were picked up by top esports organizations, and Mango and Armada continued adding stories to their rivalry. For years Mango was considered the greatest ever, before Armada once again evened the score.  Armada was on top of the world coming into GENESIS 3. For the past six months he won nearly every tournament he entered (the lone exception being his loss to Hungrybox at DreamHack Winter 2015). His switch to Fox proved extremely effective, appearing unbeatable outside of PAL. He was the de facto best player in the world, one expected to win the third iteration of GENESIS. It wasn’t as bright for Mango. Entering 2016, many worried if the Kid could climb out of his slump. The entirety of 2015 was disappointing by Mango Nation’s standards, cursed with inconsistency and lack of impressive wins. Although still a top three player, he was the only one to be repeatedly upset by weaker opponents. 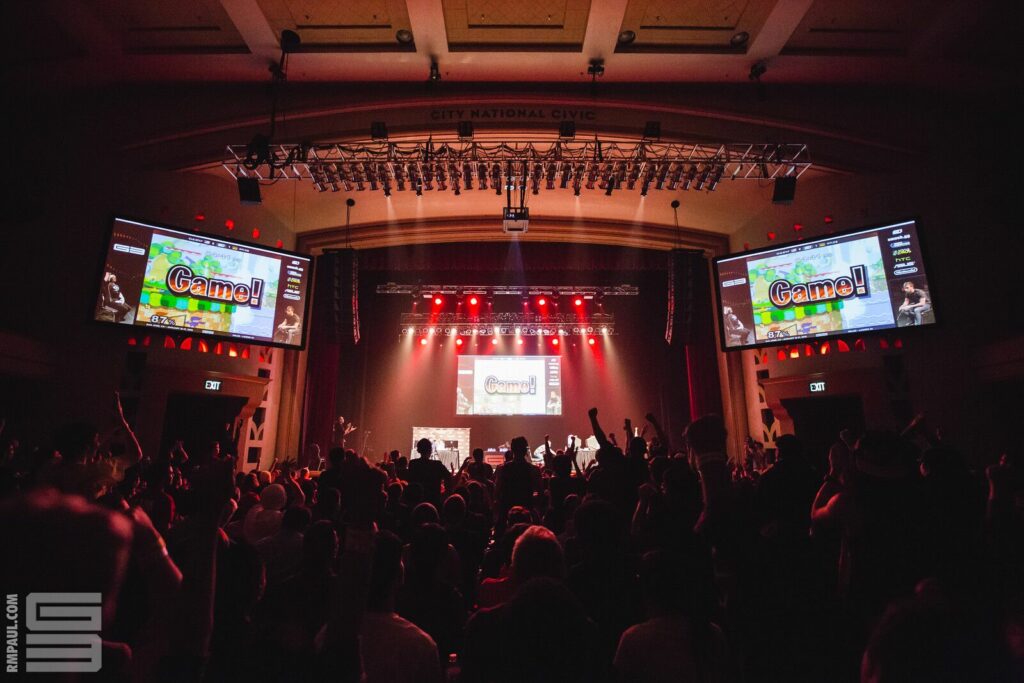 Before the tournament began, there were already predictions in jest of an anime-esque finals: Mango and Armada both squaring off to decide who was the greatest once and for all. Obviously considering the trajectory Mango had headed down, this seemed unlikely. Armada earnestly did his part, quickly running through Winners Bracket to the Grand Finals. Mango? Not so much. Starting off, his play already looked sloppy and careless. Despite what fans may have hoped for, it appeared Mango would again bring a mediocre performance. As he fell to Axe early in bracket, it seemed even more so. The rematch looked to die. You know where this is going.

Thou shall not sleep on the kid

If you’re any sort of fan of Melee, you’re familiar with Mango’s relationship with losers bracket runs. The high pressure and monumental challenge almost seems to make him play better. We saw just that at GENESIS 3. He ran through Plup, Nintendude, PPMD, and Axe, all in quick succession. All of a sudden the dream fight with Armada was within walking distance. I recommend you watch this set with Hungrybox. In many ways I feel it was the most exciting of the tournament. You can hear from the crowd and commentators the burning desire for a Mango win, not for his sake, but the game’s sake. To have a historical movie-like scenario of the two greatest players playing in the finals. The finals of a tournament series the two not only played repeated finals in, but created benchmarks in their legacies as players.  Hungrybox earnestly did his part in making this one of the most stressful matches possible. However hard Mango came at him, no matter how much he rode the energy of the crowd, Hungrybox calmly played his standard style. The game’s were incredibly close. One of Mango’s wins was due to the smallest of technical errors by Hungrybox. With all that anxiety, though, came a tremendously joyful absolution. As Mango won Game 5 of the set, everyone was excited. Even Hungrybox, who’d just lost a heartbreaking set, couldn’t resist a smile. As the set came to a close, commentator HomeMadeWaffles proudly stated “I guess it’s just meant to be.” After such a demanding match with Hungrybox, the finals almost acted as a palette cleanser to give fans a chance to breathe. Mango came out swinging in the first set, showing off some of the most impressive Fox play ever seen. Armada tried his best, but the first set belonged to the Kid. What’s remarkable is that up to this point and in the preceding year, Armada almost exclusively played Fox. Seeing just how dominant Mango was in the mirror matchup, the Swede returned to Peach. Although with all the momentum and crowd excitement in his favor, Armada won. Both the set, and the tournament. Mango 1 Armada 2. What was beautiful to hear was that fans weren’t even that disappointed Mango had lost. As soon as the match was over, fans gave Armada his deserved applause. It wasn’t Mango they were so excited for, it was Mango and Armada. To see them rematch for a third time at GENESIS was an absolute privilege. At first glance, it’s hard to think of how the tournament could even stand a chance of comparing to the initial two. The original being monumental tournaments, it was difficult to imagine the third one living up to such a legendary reputation. In many ways, it exceeded it. Even more interesting, it did so not through crazy developments and surprises, but things going exactly as we’d hoped. It didn’t revolutionize the game itself the same way the others did, but the storylines were so damn good that it didn’t matter. It wasn’t as much of a shift as it was a celebration of love for the game and its scene. That’s what it was. That’s GENESIS. If you enjoyed this piece, follow the author on Twitter at @OddballCreator. Photos courtesy of RXGaming, Genesis Gaming(Robert Paul), and VGBootcamp respectively.