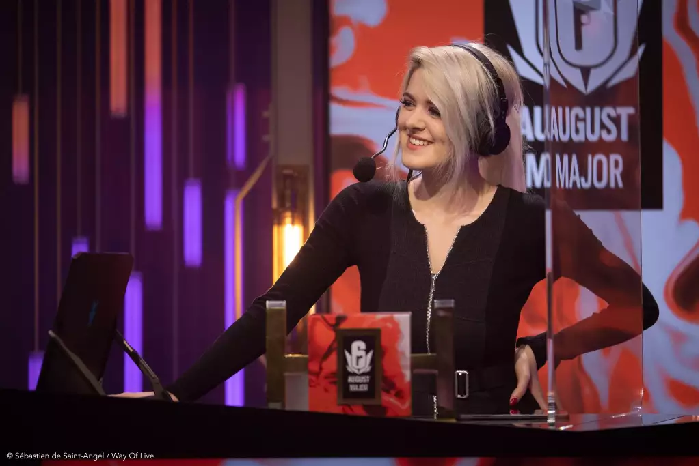 Geo on medical scare motivating her to pursue esports

KarY 2021-04-29 12:58:57
Geo "Geo" Collins was kind enough to sit down with Esports Heaven for an interview. She talks about her esports journey, overcoming a medical scare that inspired her to pursue a career in esports, current state of R6 competitive scene, her thoughts on working in a male dominated space and more. Hey Geo, thanks for sitting down for an interview with us. Let’s get right into it. Tell us a little bit about your background. I grew up just outside of London, England with my brother and living between my two parents’ houses. I was a pretty academic kid, and ever since I was barely out of toddlerhood I was working at fairly academically high levels for my age. My parents are really sporty people so my brother and I used to do a lot of sports as children, but he was always better than me. I was way better at creative stuff: drawing, writing, and eventually as a teenager I got really heavily into YouTube content creation. Went and did a degree in theoretical physics, and now I’m here. How did you get into gaming? When we were really young, my mum used to childmind other people’s kids because it meant she didn’t have to find childcare for us. It meant there were always a ton of kids in our house, and we used to spend hours and hours together playing PS1 and PS2 games. Lots of Tomb Raider II, Alone in the Dark, Tony Hawk’s Pro Skater, Crazy Taxi etc. I also used to play games on the PC a bit as a kid, like Sim City 3000, Curse of Monkey Island, and, of course, the Sims. All those hours definitely planted the seed. What made you pursue esports broadcasting as a career option as opposed to a real life job? Let’s be honest, esports opportunities are extremely difficult to come by and extremely volatile at that in terms of stability. I actually had a very well-paying internship secured at a global financial company for business and finance, which I decided to launch into the sun and try to go into esports from scratch instead. This was in my final year of my Bachelor’s degree, where I’d had a big medical scare and, upon learning I was not going to die, decided to throw caution to the wind and aim for something risky that I knew I’d love. I’d done YouTube for years and was very used to being on camera, and for ages I’d liked the idea of working in video games. Esports broadcasting seemed like the absolute perfect route for me. At that point I didn’t care if the odds were stacked against me, I knew I was going to make it work. Oh dear, what kind of medical scare if you don’t mind me asking? After being diagnosed with epilepsy in 2017, I had to have a bunch of tests - MRIs, blood tests etc. It’s just to be sure that it wasn’t caused by something more nefarious. In one of my blood tests, they found some antibodies that shouldn’t be there, and as a result I had to be tested for something called Anti-NMDA Receptor Encephalitis (and potentially cancerous tumours). You can Google it - the prognosis is awful. And the rate of false positives for the tests are ridiculously low. I had to have ultrasounds and a lumbar puncture and spent a number of months thinking I was on death’s door. It wasn’t a fun time.  You started out with casting for Overwatch and PUBG, and eventually settled down on Rainbow Six Siege as your preferred game to cast. What made you settle down on the latter as your game of choice? I actually first considered working in Siege back in early 2018 - way before I decided to pursue Overwatch. But I was really involved with the Overwatch community at the time and ended up there instead. For a long time I was struggling with the idea that Overwatch might not be the place for me (for a number of reasons), but I was scared to take the leap. Friends of mine in Siege had been encouraging me to come for months and months before I actually committed at the beginning of 2020. If I’m honest, I’d mostly just been scared that I didn’t know enough about the game. Then I just realized if I didn’t take the leap then I’d just be stuck wishing forever.   Also read: Macmate interview on casting Valorant and CS:GO What challenges did you encounter along the way in pursuing casting as a full-time career especially in R6? I was actually incredibly fortunate in a lot of the ways it worked out for me. When I first told my parents that this is what I was going to do, I fully intended to fund myself through my savings. But my dad didn’t want me eating through my savings, so he offered to fund my ‘salary’ for a while to facilitate my endeavour. It meant I could do it full-time right from the very start. From my first ever live cast, it took less than a month to be offered my first paid league, and a month after that to be signed to an agency. So I was very lucky. But I would say the challenges I faced were a lot more subtle. As a woman, I found there was a sort of expectation that I would do hosting more than casting. Hosting is hard work and it’s not a role to be underrated - but it’s not what I was there to do. And it would frustrate me that male friends of mine didn’t have this same problem. I was pretty resilient and stuck to my goals, and eventually that problem died out, and most people I’ve met in esports haven’t questioned my desire to cast at all. 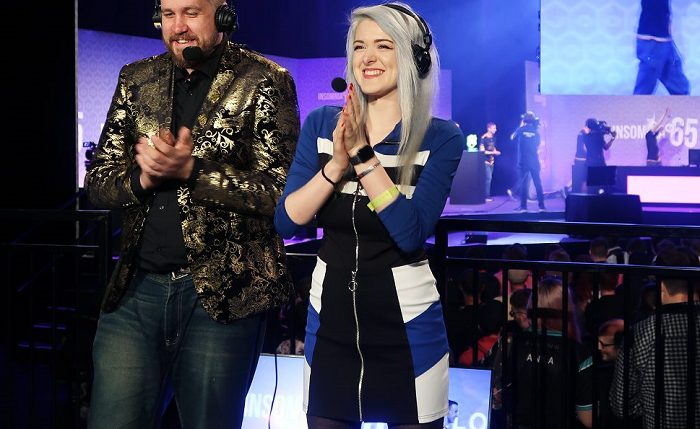