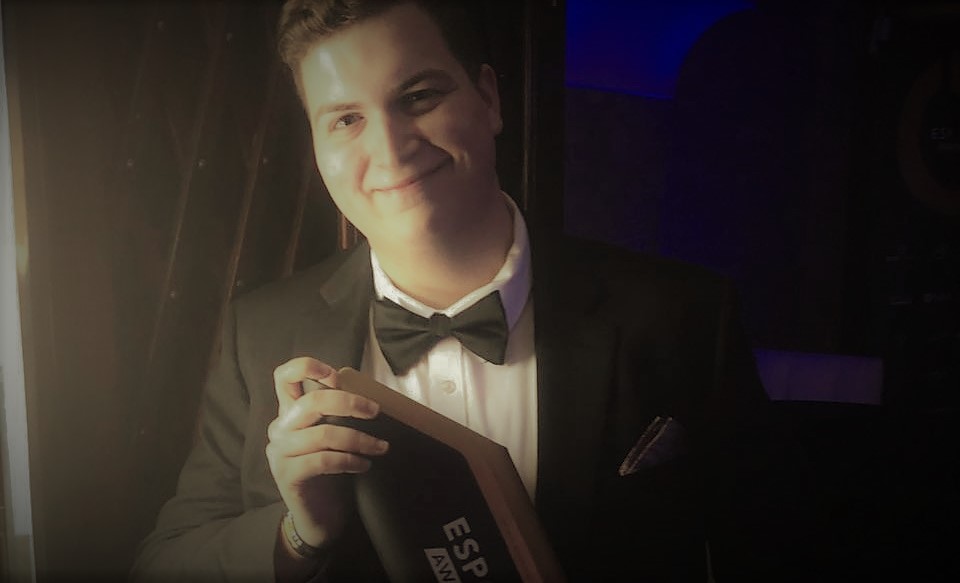 Jacob, Rise of the Wolf

The journalism industry is a bubble of huge magnitude and standing out is relatively the most difficult accomplishment -- a dream only a few have been able to achieve. Such is the story of Jacob Wolf -- reporter extraordinaire. Today, we take a look at Jacob’s journey in esports. Many are unfamiliar and are quite often confused while trying to decode Jacob’s age. A reporter of his caliber, publishing breaking news across different game titles such as Overwatch League and Call of Duty, breaking roster moves and franchise news in North American and European League of Legends, to breaking some of the most confounding scandals in the space — one can definitely assume that he must be a veteran — but don’t let it fool you. Jacob’s been in this industry for around six years and has established himself amongst the elite at a young age of 23. He started writing at 17 while studying Computer Information Systems after graduating high school early. Initially aspiring to be a feature writer or analyst, akin to the likes of Kelsey Moser, Emily Rand, etc, Jacob was quickly drawn to reporting — a job that has its own unique set of pressures wherein trust and credibility are factored in heavily — and slowly expanded to appearing on four different talk shows on ESPN, per week, including his own, “The Eco”, a weekly Counter Strike: Global Offensive show. Jacob mentions, “Reporting is hard — it's hard to build trust with people when you're new to something, much less when you're super young and there are people much older and much more successful doing this than you.” His aim was clear; never degrade a fellow reporter to get an advantage, and beat them by outworking them. One must be thinking that being successful at such a young age is lucky? Perhaps, but being successful this young comes with its own set of challenges. Jacob is quick to add, “Part of being young is being really impatient, which has been both an advantage and a disadvantage for me.” An advantage because at a young age a person, in pursuit of something, is able to grind out his/her work in an increased capacity without risking as much burnout as someone older. The big disadvantage, however, is learning to adapt to a corporate system like ESPN where one has to go through many layers to start working on projects. As Jacob further states, “There's a very glacial process to get big ideas done, although when they're complete, they're very good.” 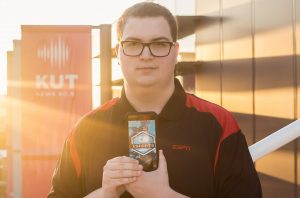 Jacob has encountered plenty of people over the course of his career discounting his work not just because he writes about esports, but also because of his age — a factor which further fuels his drive to show people that he’s capable of being as good as any 40+ year-old journalist in his 20s —at least that’s his belief. A reporter has to go through a smorgasbord of emotions and factors such as fear over their career, lack of comfort, financial temptations - to name a few. Jacob attributes his success in esports journalism to fearlessness. He believes in putting himself out there, trusting his sources and breaking news, no matter the recourse. That said, it is also a reporter’s job to question themselves and the credibility of the news they’re about to publish, and failing to do so might lead to catastrophic and damaging consequences. “You know, I've had times where I've straight up had threats of blacklisting or career recourse at the hands of a story,” Jacob continues, “but I've felt empowered — particularly after my reporting around the disbanding of the ROX Tigers and the way the community has uplifted me since  — that reporting the truth will always be the right move, no matter what”. Similarly, some stories of sexual misconduct by certain individuals or in the case of his story on the Jacksonville shooting a few years ago, and having to report on trauma shortly after its occurrence, has been really challenging and difficult for Jacob to handle. He is quick to add, “Yes, it would be easier to not discuss or work on that stuff, but it's more important those stories are told to me than it is what adverse effects they could have on my career.” Speaking of which, many are coming out as of late with their stories on sexual misconduct, and we couldn’t help but ask Jacob about his thoughts on this sensitive topic, ways to become better role models and keeping people safe at events, and whether he’d encounter a similar situation. He recounts his previous experiences at events where he had to pipe up when someone else was making someone else feel uncomfortable — sometimes unknowingly by the person in question — and having a T.O. or someone else pull them aside and bring to their notice. “If you see something, say something”, Jacob is quick to chime in, “If you notice someone being predatory towards someone else, you should both bring it up to the attention of the person running the event or someone else who is there to help.”  However, Jacob also mentions that people with a natural tendency to behave that way shouldn’t be allowed to be around at all. He believes that acknowledging these issues and discussing them openly is really, really important and is glad so many people feel empowered right now to speak up as he believes that it’s a discussion that needs to be had for the betterment of the esports industry. “Sexism, misogyny and sexual abuse isn't new in esports, nor was it ever a secret, but it's always been hard to get people to speak on-the-record against powerful abusers in fear of recourse, especially professional career impact”. To the uninitiated, Jacob Wolf also wrote for our very own publication, Esports Heaven, prior to moving to other avenues. How can we not ask him about his fondest memory at a company that has nurtured legends, ones like himself, in esports? 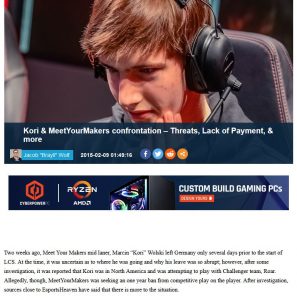 A career-defining report from Jacob Wolf