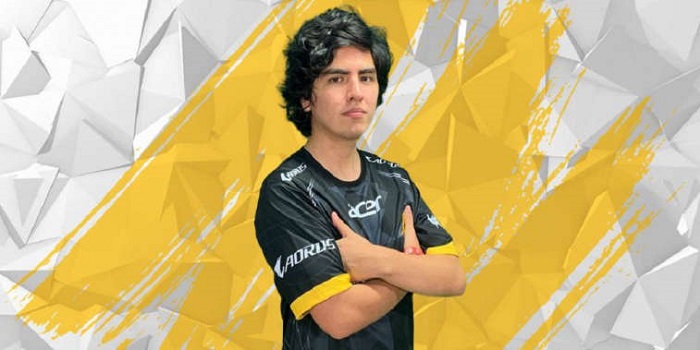 Leostyle on the rise of South American Dota 2

KarY 2021-04-12 11:37:57
Leonardo "LeoStyle-" Sifuentes sat down with Esports Heaven for a quick chat on Thunder Predator's performance at the recently concluded ONE Esports Singapore Major, emergence of South America as a strong contender in the scene, release of the new patch and how the meta is likely to change, and more. Hey Leo, thanks for taking out the time for an interview with Esports Heaven. How are you doing?  Hi! Thank you for this interview. I’m ok, doing fine and resting these days.   South America has lived in the shadows for a long time as compared to their North American counterparts. ONE Esports Singapore Major was an eye opener for all regions in regards to the improvement that has been made by SA. To what would you attribute this development and success of the region?  I’ve always considered that SA has so much potential but we couldn’t nail down ‘cause there's not enough support from other regions. However, these past few years SA has proved its value at LAN tournaments and I think that comes from the organizations and players who have worked hard to not let our region down. I consider that this year our region can make it to be like the EU and NA.   What was the motivation behind such a strong display of performance at the Major? Did “looking down” on SA by others ignite the fire within to prove them wrong? I’ve always said that I’m confident with my team. We were playing scrims before the journey and we got good results from them. It was a boost to our self confidence. Our big motivation was and will always be to give everything for Dota and overall enjoy the game. That was the thing we did throughout the entire tournament without losing the focus on our achievements: climbing high up the ladder. Our region has always been considered a “free slot”, teams that go just for ending last and I’m sure that after this Major many people have changed their mind about SA.   Placing top 6 at the Major is an incredible achievement, congratulations. Did your region’s unique playstyle contribute to the team placing high up the ladder? How would you describe SA playstyle as compared to other regions? What played to your favour? I think that other teams did not study us as correctly since South America’s game style is different from other regions like China and Europe, and that definitely helped us to play well against them.  SA’s style is unpredictable, we play improvisation but attend 100% to a deep strategy. It’s like schematized improvisation. For example if someone says “run into them, they can not beat us no matter what” so we run into them and beat them applying schematized improvisation to our strategy. It’s kinda weird but that works for us ahaha. And there’s one relevant fact: we have no ping. That’s a big factor that played to our favour since we are used to playing with +100 ping and so playing with 2 ping was a tremendous relief, just like Naruto’s Rock Lee without his weights LOL.   Beastcoast pulled out of the tournament at the last minute. In case of uncertainty, did TP have any last minute replacements ready? Also, would the tournament dynamics be any different if BC had attended? Yes we had our stand-ins ready. About Beastcoast, I think that it would be absolutely worth it for our region if they could have attended the Major. They have proved that they’re good at international tournaments and that would be very good for us. So yes it could have been really good having two SA teams instead of one.   At the Major, you were defeated by Team Secret and Invictus Gaming in the play-offs in closely contested series. What went wrong during those series and how could things be different? Kindly share your thoughts. Secret is a very strategic team, they did their research properly and applied it well against us in both games. IG was the same, I think they made a very good reading after losing the first game. After the ten minutes break, they came better prepared as compared to us and with more clear ideas at the draft phase.

Going into the next DPC season, expectations will undoubtedly be high from Thunder Predator in the regional league. How do you plan on tackling it especially after the new patch has hit the game? Do share your thoughts in brief about the patch with the new Water Runes, addition of Hoodwink to Captains Mode, removal of Necronomicon books, changes to map, etc.? I think there’ll always be that kind of pressure above us but that shouldn't affect our focus on our goal that's to go to TI. On the other hand, we’ll still be the same, focus and enjoy Dota while we study the new patch. We’ll have a really good time seeing many new things. As for a general overview of the patch: I believe that the new rune will help a lot in the first minutes of the game, especially for mid-laners, allowing them to make plays with the extra resources of the rune. Also, this is huge because in the last patch it all depended so much on luck as to who got the rune. The map changes benefit the game and players; I mention this because it allows making new plays in relation to smokes and also for warding and dewarding. The addition of Hoodwink in captain’s mode floats a lot of new strategies and also reveals the real role where the hero plays (offlane or pos 4). I think that the changes that have been made to the hero (nerfs) make him more balanced to finally include him in this mode. Necronomicon was probably the most broken item in the last patch (talking about 7.28c) as the support role was abused a lot with this item. Also the push strats and the true sight was too much from only one item. But now, it has been removed so it makes Dota a little more balanced and avoids some stomp strategies. Long story short, I don’t think that the meta changes a lot, except for some heroes who have been buffed and others nerfed, Dota now will be centered around the carry and the laning phase. How has SA Dota changed over the past one year amidst Covid and the lockdown, despite being confined to one region and in the absence of cross-region competitions? It has definitely been hard for our entire region. We, as a team, will always want to compete against other regions. The lockdown made it so complicated because we were by ourselves in our region. We were at our boot-camp during the entire quarantine (half a year approximately) trying to not lose our level, so that we made it to online NA tournaments. We were thinking that It was only a matter of time for things to get better.   What makes Thunder Predator a force to be reckoned with? What makes your team strong? We are strong at the laning phase and playing our best heroes makes us a strong contender.   Alright Leo, that’s a wrap. Anything you’d like to say before we sign off? Just wanted to thank you for the interview and send regards to everyone who supports us in every region. Take care and stay home. You can follow me @Karyb4u. Kindly support us by following Esports Heaven on Twitter and keep tabs on our website for more interesting content. Image credits: Thunder Predator