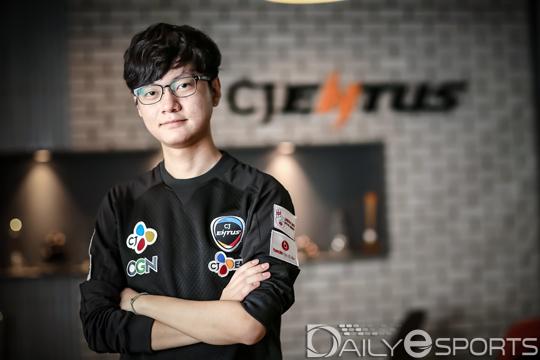 Hong ‘MadLife’ Min-gi is not just one of the greatest Korean players, and MadLife is not just one of the greatest supports. MadLife is quite simply one of the greatest players of all time. Early on, merely showing his profile in the OnGameNet studio yielded rapturous cheers, fans no doubt excited for his flashy hooks and skillful play. His innovation, ingenuity, and mystique is a package few players can match. For Korean League of Legends, he’s easily one of the most significant players ever, nothing short of a legendary figure. An early and almost folkloric-like player, many parallels can be drawn between him and a similar legend in Lim "BoxeR" Yo Hwan, the first great StarCraft: Brood War Terran player. Two titans of their respective games, numerous shared qualities can be noticed. 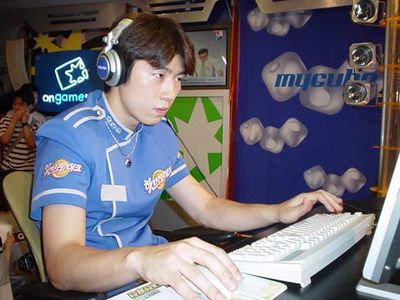 An early photo of BoxeR

One similarity worth noting is how much they changed their games in a literal sense. Both are revered for incredible innovation, forever changing the way competition played out. MadLife fundamentally changed the idea of support. Without him, there would be no Mata, no Gorilla, nor CoreJJ. Before, the support position mostly existed as a spectator and glorified ward shopper. Sitting idly in lane, only playing reactively, the biggest challenge as a support player appeared to be trying not to fall asleep. There were certainly good players in the position preceding him, but MadLife stands as the first star. 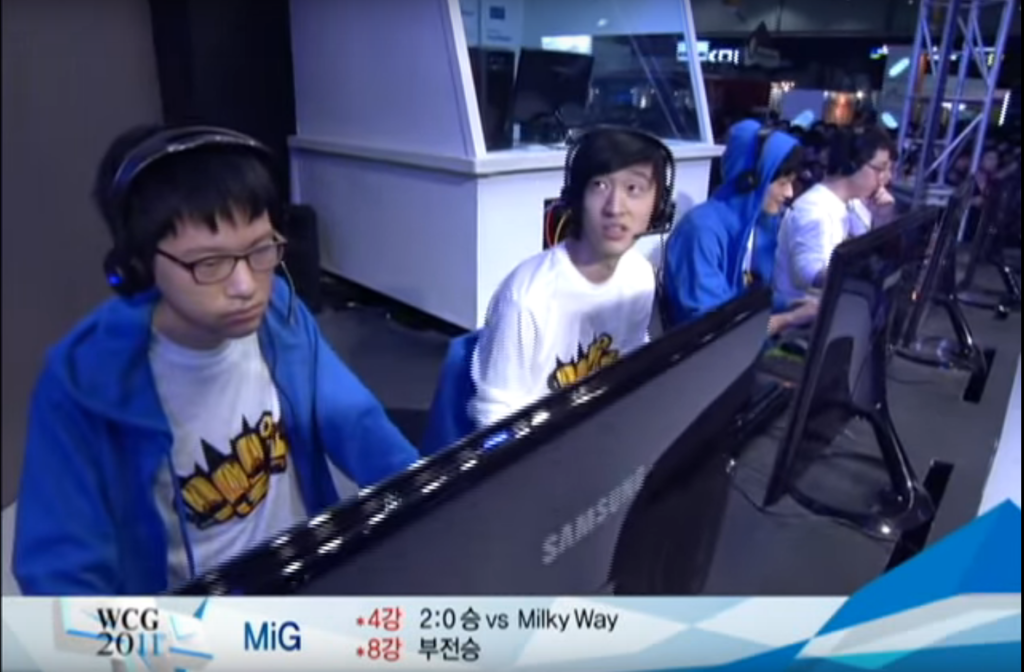 Madlife at the World Cyber Games

He completely turned the idea of a support on its head. Rather than play inherently defensively, MadLife’s game emphasized constant playmaking, perfect team fight initiations, and suffocating vision control. The fact he accomplished this at a time supports starved for gold or any tangible items makes it even more remarkable. In the same sense, BoxeR forever changed the way people played Brood War. Although initially starting as a Protoss player, BoxeR opted to switch to the unorthodox Terran. In fact, Terran was looked down upon to the point that BoxeR originally wasn’t viewed as a legitimate threat. In what was considered the weakest of the three races, BoxeR turned the Long Sleep survivors into the choice of champions. The majority of tournaments won and greatest players used Terran. NaDa, Flash, and iloveoov all utilized the race to dominate competition. All stand on the shoulders of BoxeR, the leader of their revolution. Related: Brood War Terran: A curiously fitting representation of human evolution

In any competition, fans love flash. They love bravado. Honest victory at the highest level earns respect for anyone, but doing so in a manner fully showcasing one’s skill can cement a player to legendary status. MadLife and BoxeR are two such legends. With prophetic reads on opponents’ movements, MadLife laid traps that suspended belief. Amazing grabs with Blitzcrank and Thresh are synonymous with MadLife’s career. Searching his highlight clips will yield reels of footage few players can rival. He would wreak havoc all across the map. Late in games, the opposing team could never feel safe in the fog of war, not knowing if a Rocket grab would appear from the void to snatch them to their demise 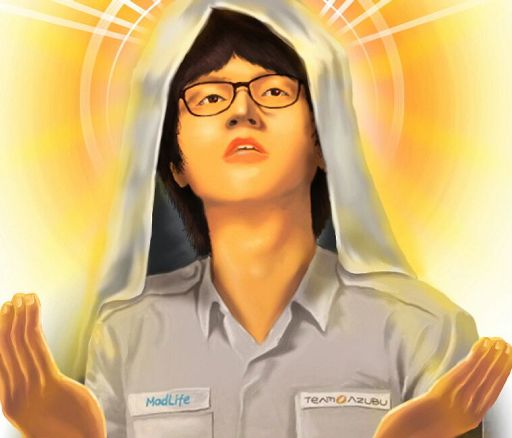 Before Faker, there was a different god.

Regarding his StarCraft counterpart, BoxeR is remembered for being one of the most exciting players ever. Boasting magnificent micro skills and interesting build strategies, the Terran player quickly established himself for years as a fan favorite. Few players have ever been so successfully creative. Seemingly on a whim able to turn hopeless games to his advantage, BoxeR consistently made his matches a show to behold.

The final comparison between these two Korean legends is how they have affected gaming culture, showing dominance as StarCraft and League of Legends were gaining steam. For their respective games in South Korean esports, both stand as the first true stars. Before Faker’s emergence, MadLife was considered God. The amount of respect MadLife garnered in League of Legends’ early years was incredibly impressive. Not only was he by far the most popular player in Korea, but his mythos extended to every region, at every level. You could easily find me and other Bronze level players trying and failing to pull off “MadLife” hooks, just as simply as you’d find any top level player speaking in reverence and awe of the support player. MadLife was arguably the first Korean player to be considered the best in the world, a brief peek at the dominance  the region displayed for years to come. He stands as one of the greatest players ever - one of the first to truly show what was possible. At the same time, BoxeR’s influence hardly requires an explanation. His name transcends StarCraft. When one thinks of competitive Brood War, BoxeR is one of the first names to come to mind. Not only the first star of Brood War, BoxeR was the first star of Korean esports. Without his presence, the landscape of esports in Korea may well look very different. No doubt players from across the board looked to BoxeR as the model for a true competitor. 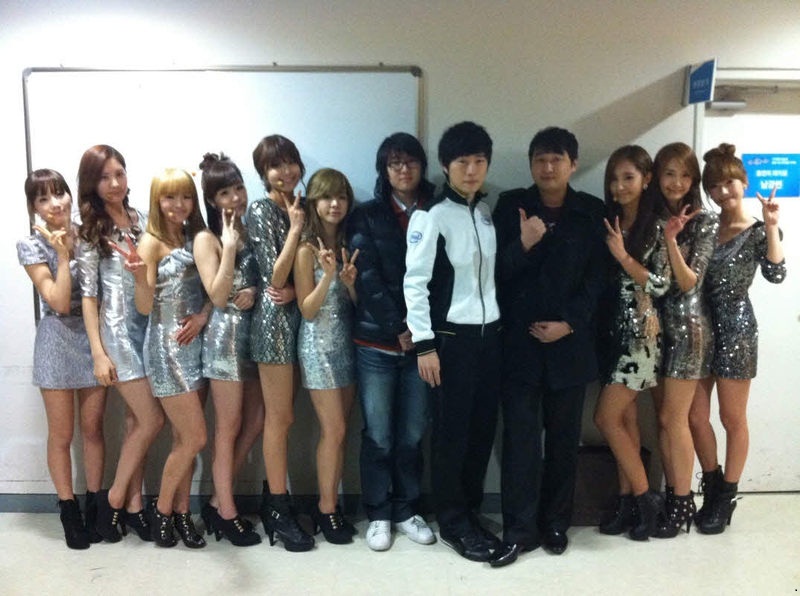 The fact that he has been able to stay relevant in eSports without seriously competing for over a decade speaks volumes of his influence. BoxeR forever changed the landscape of esports, one of the major pillars for the most dominant region.

Obviously such a comparison isn’t perfect. Some may argue that BoxeR was more influential, or MadLife dominated in a more popular game. There is plenty of room for debate. One fact is clear: MadLife and BoxeR are two of the most exciting and important players in all of esports, and it was a privilege witnessing their stories. If you enjoyed this article, follow the author on Twitter at @OddballCreator Images courtesy of DailyEsports (header), Inven, and TL, respectively.