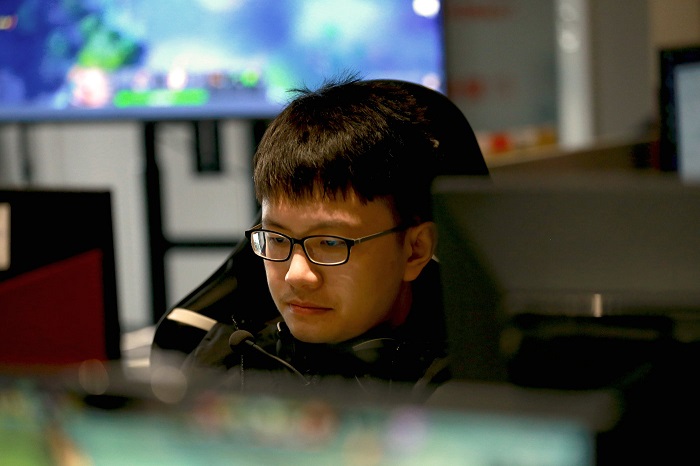 KarY 2018-12-20 06:46:05
Vici Gaming recently interviewed their newest member Ding "DY" Cong on his transfer to VG from VG.P, his change of role from position four to position five, VG's current play-style, patch 7.20 and more. Disclaimer: We translated the interview to the best of our ability while being mindful of keeping the context of the original interview intact. Hi Ding Chong. Introduce yourself to everyone. Hello everyone, I am Ding Cong, also known as DY. I am currently playing for Vici Gaming as their position 5. You transferred from VG.P to VG where you previously played position 4 although now you’ll be assuming the role of position 5 and we are all aware that both these roles are different in the current patch. Have you adapted to your new role as yet? Of course, it was extremely uncomfortable at first but then I gradually adapted to my new role. What helped you adapt to the new role? Firstly, it was the trust of my teammates in my ability to successfully transition and adapt to the new role. They give me the opportunity to learn and eventually become better. I think I’m playing better now than before although there are still many things I need to learn. Who is your favourite professional Dota 2 player and why? Miracle- from Team Liquid because he is an amazing player. Which is your favourite hero? My favourite hero is Monkey King. As a hero, I think using his skill of jumping from tree to another, scouting and doing things other heroes cannot do is what makes him my favourite. For example, it is easier to win a lane with this hero provided one has the right inventory to back it up. Name domestic and foreign teams that you consider to be really strong? LGD is the biggest opponent in China right now. For teams outside of China, Secret and Virtus Pro are indeed very strong. Do you have any suggestions for people that play position 5? What do you think is the most important thing for a position five player? If you’re supporting, you’ll be less focused on yourself and be more considerate of the situation around you. As a position five player, you need to think from all aspects of the game such as placing wards and creating vision, aware of movements in the fog as well as creating space for your teammates. I think one should assist their carry player to survive in a lane as much as possible. That’s my understanding of the role so far. Recently, everyone is saying that VG’s current play-style is stiff and don’t get to see anything new. What are your thoughts on this issue? There are such situations that happen quite often, however, everyone is playing to win, not looking to go home, so we give priority to what is best for us in that particular situation. We do need to focus and try our best to get creative and not replicate the same style as other teams. It is impossible to stay the same and to make a change we require a certain amount of time adapt and come up with something new. Which hero is the most powerful in this version, according to you? Phantom Assassin is really powerful this version. Changes made to her skills are scary as she can become more deadly as the game progresses and can develop really well. Do you think the new version has caused a massive change in terms of play-style? Do you like the new version or still prefer the old one? Of course, the change is indeed massive this new patch. In the previous version, games would drag on for more than 40 minutes. That’s not the case in the new version as games tend to be over even at 20 minutes and one can easily snowball to kill opponents quickly. For me personally, I still feel that the older version was a bit more fun because many things need to be fixed in the new version. Older version made comebacks possible even after a huge deficit and that made games much more interesting. Thank you for the interview. Anything you’d like to say to your fans? Thank you for having me. I am grateful to the fans who support us. We are training hard every day and hope that we can achieve better results in our games. Continue to cheer for us. If you would like to know more about my work, you can follow me at KarY. You can head over to our Dota 2 hub for more content. Headline image courtesy: sgamer